I last updated in October, after my first half. I've had 3 days off, and as I'm writing this, there is a blizzard warning here in Kansas, so I've got plenty of time to update you on us.

October:
2 weeks after my first half, I did Run for Missons. I also sweet talked Tristen into running it with me. He kicked some butt and ended up running the entire thing and finishing in 23:58.(7:43 per mile)   I was super proud and  have started harassing him about cross country next year.   I didn't do nearly as well as him..;)...but was only a minute something short of  my "someday I want to run a 5K in this time" time.   Slow and steady.    It was a wonderful cool and wet day to run.  And sadly, it was literally the last time I have done anything active.  I'll be needing to change that soon! 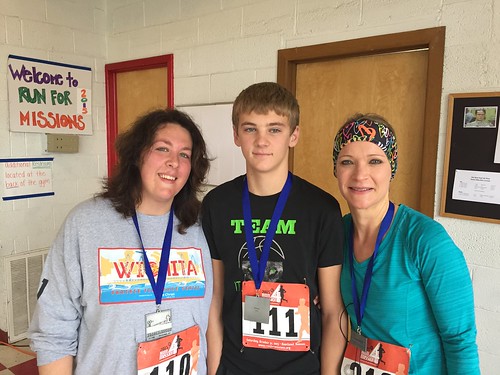 November:
We spent Thanksgiving with Danny's family. We ended up renting the Vet's Building here in town, because the family has grown so much. BUT--weather came rolling in and some were not able to make it.  I had  already invited my momma, and then we called my brother and his family when I found out they were home.  There was  a LOT of food!! 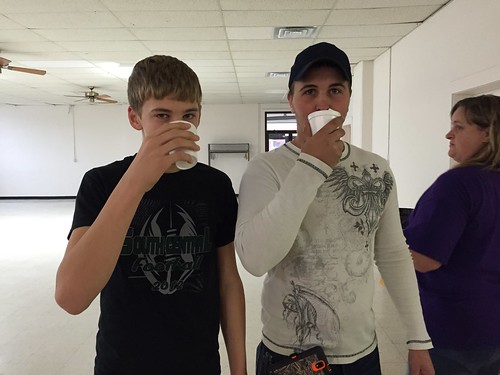 Tristen and his cousin, Alex. Its a sad shame they look NOTHING alike, isn't it?? ;) 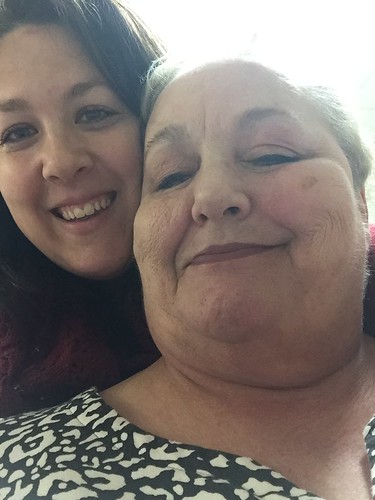 Selfie with my Mom 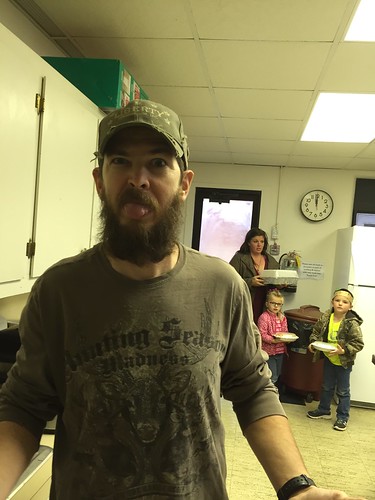 "Smile," I said, "and I'll send this to your sister."
December:
FINALLY felt more like myself this Christmas.  My Dad has been gone for 2 years now, and this was our 3rd Christmas without him. Still feels a little wobbly and awkward. Last year we were dealing with the loss of Danny's Dad, so this year we quietly tip-toed and where just thankful to "be".

This was a really busy month. Tristen  got a job at our local grocery store, where Jacob works also. He seems to really be enjoying the extra cash!! 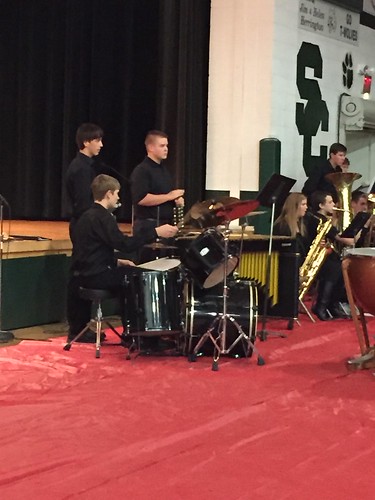 My favorite drummer at the school music program.

Jacob got this dude earlier this week.  Second time bow hunting!  And Santa was nice enough to bring him a cross bow. Love that Santa!! (I can't believe he is a senior! Waaaaaa!!) 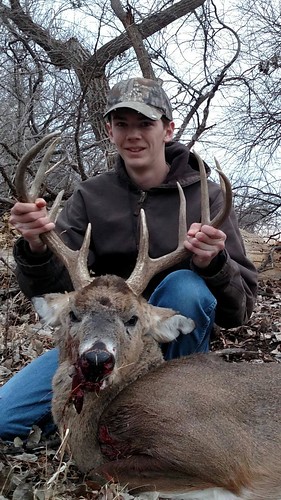 Last weekend I kept Jayden so his mommy and Daddy could go to a Chiefs game. I had the BRILLIANT idea to take a picture of all the grandkids for my Mom. The last one we had taken Hope was the youngest, and she was just 2 months old or so.  We've added 2.   It probably wasn't the best time, as the 2 girls were sick.  But it went about as well as herding wet and angry cats. 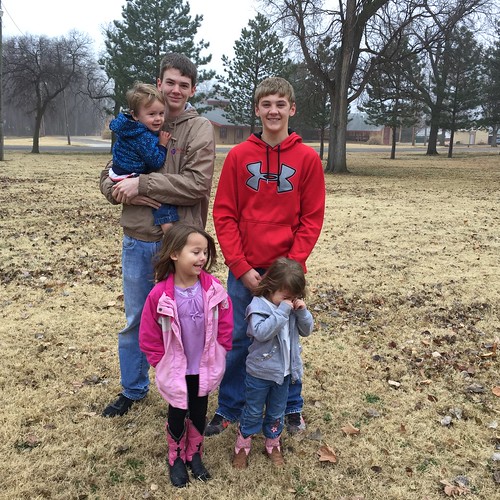 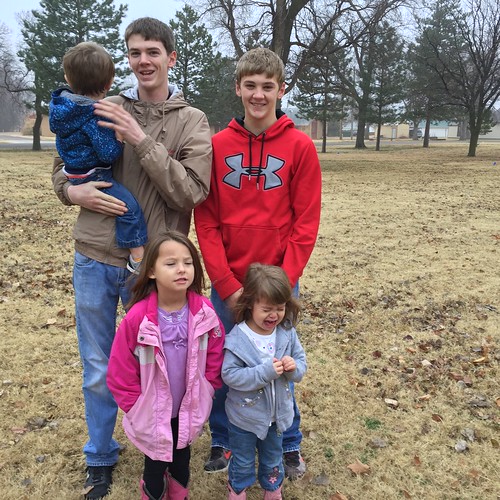 Jacob may have muttered something about never having kids as he walked away.


We did manage to get one half way decent picture.  Next time we try this maybe the weather will be warmer and moods better!!!

Mistletoe Max was back again this year. Danny and I have so much fun with that silly little elf. My daycare kids love him so much. This year his antics included flying around the dining room in a toy play (Hung by fishing line), making snow angels in sprinkles,  putting bows all over the kitchen cabinets...

In the off time, he also enjoys harassing Tristen just a little bit--who finds "the elf" just A LITTLE creepy. 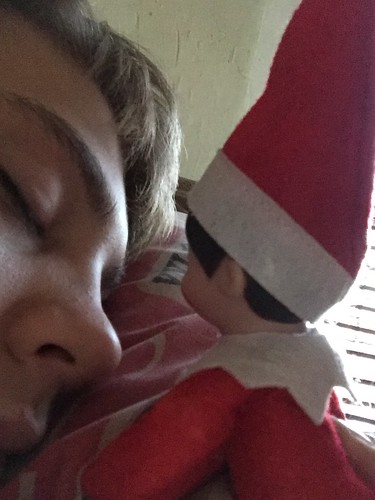 If you've made it this far, thank you for checking in on us!!! As I'm finishing this up, the wind is howling and the storm is just getting to us.   There may be a post soon about "the blizzard of 2015!"

*Update on the "Blizzard."  Nothing. Not even a snowflake. Not a one!*

I'm sure that boy LOVED waking up to the elf like that! :)

Oh I'm sure he enjoyed finding the creepy pictures on his phone more. I changed his lock screen and never said a word. Hehe