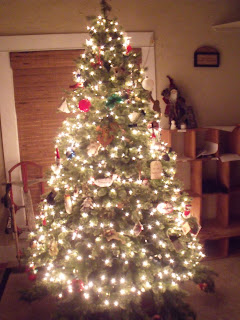 It's not even December yet, but my house is decorated..with the exception of the outside lights, which Jacob has claimed as HIS job for the past several years.  I have a new tree this year, and I couldn't WAIT to get it up. New tree+800 new white lights=Christmas tree perfection!  I also am very proud that today, my very first shipment of gifts will arrive!! Love Cyber Monday! Thanks, Amazon!


Jacob made it home safely from Denver with his youth group. I was anxious about him going, but he was full of stories, both from the excitement of going to the mountains for the first time,and working at the processing center for Operation Christmas Child, and then normal teenage boy oh-my-gosh-you-guys-didn't-really-do-that,-did-you? stories. 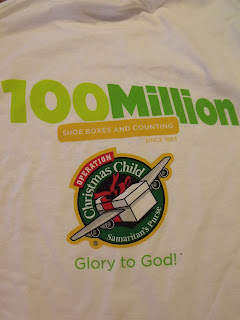 Last night was Tristen's band and music program.  Tristen is a band nut, though he does participate in music, band in what has his heart. Our school has a new band teacher and its so nice to see life back into the program.

Still seem to be in my blogging rut. Its not that I don't WANT to blog. It just seems be nothing worthy of blogging about at the moment.

Life in a nutshell:

A stomach virus made its way through our house the weekend after Thanksgiving.  We didn't get it too bad, but poor Tristen was sick sick sick. I always find it funny how people are affected by these things in so many different ways.

Baby bunnies due this weekend. Some crosses the boys are very excited about. Its suppose to be very warm, so we got very lucky to be breeding this far into the season and not be too worried about cold babies.


We haven't located a decent hay source to feed our cattle yet for the winter. Scary.  We have been taking it a day at time, and so far things have worked out.  I love raising our own food...March thru October-ish. After that, its just not very much fun. :-P Things will work out, and I'll say it again:

I am happy we don't do this for living.

How is it possible its almost Thanksgiving??  My stomach still hurts from LAST Thanksgiving, I swear!! This year we will be celebrating at the farm. This is something I am not used to, as I have prepared the meal for my family for years now, so its a bit strange not being in full blown prep mode. I do get to prepare several dishes, so I am not totally lost. ;)

Today finds my sister home on break, and Jacob home sick with a sore throat.  This "thing" we are passing around needs to leave and very soon. I still sound like a 80 year old chain smoker first thing in the morning.

This past weekend found us in Wichita at our favorite double show.  Jacob's Havanas had all blown coats from being stressed at convention, so none of them placed, but he did get BOB and BOS Standard Chin.He was the only exhibitor. And he had BOS Californian  in both shows with a silly looking intermediate buck he got at nationals. I've made fun of this bunny since he bought him, so I guess I should shut my mouth now. ;)

Tristen's goal since nationals has been to do better at a show than his brother.  Not that they are competitive with each other or anything. *sigh*  .  Out of a very nice showing of Dutch in the Windy Plains show, Tristen won Best of Breed with a cute little  tort buck named Padlock.  In the other show is was SO.CLOSE. He had 4 of the 7 animals up for breed, but they went 2 others for best and best opposite. He was miffed. ;)


Hope everyone has a wonderful week!!!  Count your BLESSINGS!!

You-Hoo! Over here!! Yep! Still here! I seem to be on some sort of blogging hiatus. Not intentional, I assure you. I can't seem to sit down long enough to get a post done, and I refuse to feel guilty about it.

So here are some updates about us!

Tristen:  Enjoying his new steer that has arrived at the farm. He picked out a black baldy he's named Ninja.  He will also be taking a heifer that was born at the farm in March as well.  He thought having to walk ONE was bad last year..lets see what this year is like with TWO! ;) Tristens favorite project is the the beef project..yes, even over rabbits, so he's pretty much in Heaven!
He's asked for an electric drum set for Christmas.  His mother is starting to think she should have encouraged him to play the harp.   He came home from nationals and bred a handful of Dutch does and is hoping something wonderful lands in his nest boxes...to shut his brother up. ;)  He's also suddenly into Origami.  He spends hours in his room on his I-pod, watching demonstrations, and has made some really neat things..all from paper. 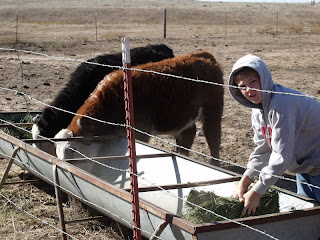 Jacob: Is also enjoying his new steer.  His is a Hereford named Brock.  Jacob enjoys the raising/care part of this project much more than the actual showing of the animal.  He recently got a job at our local grocery store. I was kind of against this move as I was afraid it would be one more thing to the schedule I would have to keep track of, but its been just fine. He's really enjoying it AND having his own money! He is gearing up for hunting season to start, and has a new place to try this year. He is also getting ready to go to Denver on a mission trip with his youth group.
I am at times SHOCKED at how grown up he is.

Danny: Keeping busy at work as usual!  He just got our pigs for this season. He built a new pig pen for this year, so they can root around in more of a natural environment. This project *I* don't enjoy nearly as much as HE does, but I did forget how cute pigs are, and these girls are a lot calmer than our other ones were, so it makes it fun to go visit them. His wife has a nice long list of "honey do's" for him that will keep him very busy until Christmas. One is a Christmas present for someone very special I hope will get done so I can blog about it immediately after Christmas! =) 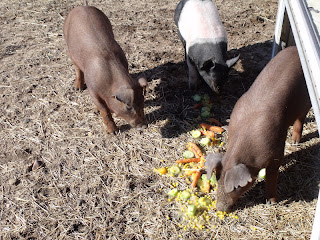 Me: I have been sick with a nasty cold. Saturday found me so tired I could hardly walk and I would fall asleep when ever I sat down.  After I realized the cough medicine I had been taking was PM and I let it get out of my system, I felt a TON better!  HA!  I recently bought a sewing machine from my Aunt. I am SO excited, but almost embarrassed to admit I haven't even had the time to play with it.  I have a few Christmas ideas brewing in my head, and my goal is to make THIS SEASON as stress-free and fun as possible.  I think that's my goal for every year, but I'm hopeful THIS will be the year I WILL ENJOY more, STRESS less!

I am finding myself  in a bit of a  funk and I think a lot of it has to do with the loss of my friend, Jamie. I have moments of panic where I can not BELIEVE I will never talk to her again, at least face to face, here on this earth, and lots of guilt for not being a better friend those last months or trying harder to get to her.  She's been on my mind so much, in fact, I woke up in the middle of the night a few nights ago, because I heard her laugh. Like she was right beside me and laughed in my ear.. I sat straight up in bed and was scared, excited, and then very very sad.  I had been missing her and her beautiful laugh so much, and I think some where, from deep in my memory, my mind had found a way  to "let" me hear it again.

After this weekend, our show season will come to an end, with the exception of a 4-H show in January, until early spring.  We still can not believe our experience at nationals and I had the BEST quote EVER made by someone I just love to death.: "...who would have thought such PRIZE winners would come out of that HUMBLE little garage....kind of reminds me of a story that involves a manger and a barn...."  =)


I promise I am almost done with the bun talk, but I do have a slideshow I'd like to share in the next couple of days we made of our national pictures.
Thanks for checking in on us, and I hope to be blogging more!!