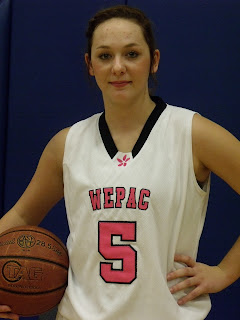 Last night I watched my baby sister scratch something off of her "bucket list". She played basketball on the white WEPAC team as one of the senior high school players

Those of you that don't know what WEPAC is,  go to http://www.wepacthehouse.org  Basically it's this amazing basketball game with high school players, alumni players, college players, and celebrity players, who come together to raise money for cancer screenings for local woman in our area. It's even aired on Fox and it's a BIG DEAL for our small towns. 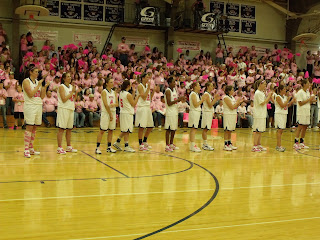 Since this started 3 years ago, she's wanted to play. And play she did.   I admit I was a bit nervous, wondering how she'd play with the cameras there, college and celebrity players, but nothing seemed to faze her, and she wasn't the least bit nervous and played the game. 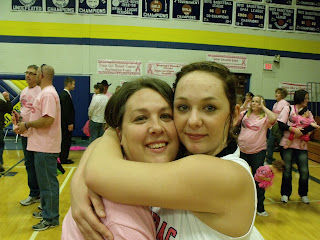 So very proud of this girl and I just love her to pieces!

I HATE that sound. You know. THAT sound. The sound of a sick child coming into your bedroom in the middle of the night. The sound of your other child NOT making it to the toilet just an hour later. The sound of crying as stomachs cramp up and the sound of my heart breaking as he begs me to get Advil, because he's SURE it would help with the cramps.

It's been a rough night. The washer has been going since 2am. I need a nap. My house smells of vomit. My husband and I are the only ones left standing. I'm obsessively washing my hands, while trying to figure out the odds of Danny and I making it out of this with out getting sick.

Today closed a chapter for our family.  We watched our very last Pee-Wee game--at least with any of our boys playing on the field. Pee-Wee has been a part of our life for 5 years.

I thought for sure I would be relieved when this season was over. No more practices or trips on Saturdays, but I stood on the field and just felt sad. No so much for the game, but because it suddenly became apparent to me today my boys are very quickly growing up.

Jake's team closed out their season UNDEFEATED!!!! And Tristen's team just ALMOST did it, only losing one of their 7 games and that loss being today, their very last game.

Next year, I will have high school football player and a Jr high player.

Time to go play with the big dogs.

And as Mr. Kenny Chesney would say: 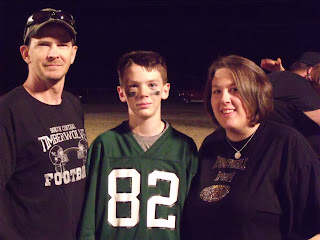 Well its turn and face the stars and stripes,
Its fightin back them butterflys 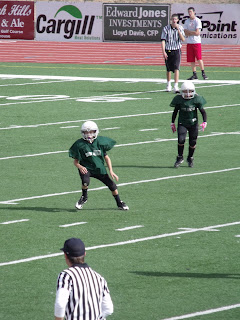 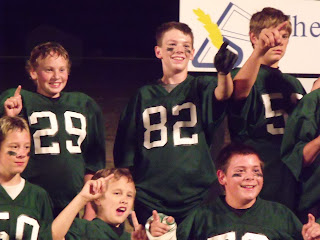 Its i got your number, i got your back when your backs against the wall
You mess with one man, you got us all, 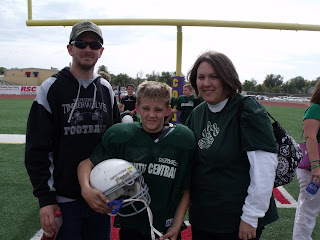 The boys of fall.

Ladies and Gentleman...may I have your attention please, as I introduce to you: 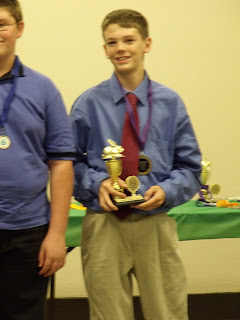 His Royal Highness.....2011 KSRBA DUKE!!!
=)
We were SO excited to watch Jacob receive this honor. Royalty is a lot of hard work. Jacob had to submit...right smack in the middle of football season...a 5 page written application. Then, at the convention this weekend, he did an oral interview, breed ID contest, judging contest, showmanship contest,  and a *200* question test.  The scores from ALL of those are tallied, and the applicant with the highest score wins. HE WON! 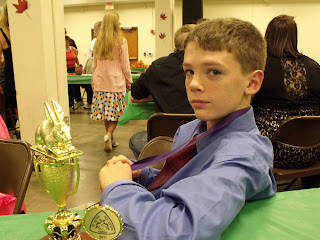 My camera annoys His Grace.
It was a wonderful weekend, and Jacob walked away with some pretty big wins. 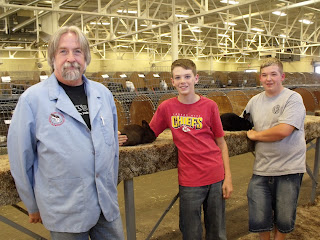 Judge Tony Bell picked friend Tyler's black doe for the show Best of Breed Havana, with Ditto, Jacob's chocolate buck, being Best Opposite Sex. There were over 50 Havanas there, belonging to 5 youth breeders. 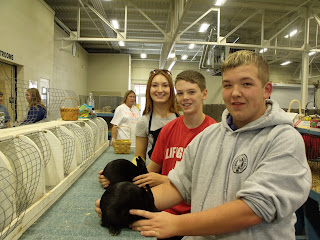 I also have to mention that Jacob had a first happen to him this weekend. His BEAUTIFUL little black DOE, JADA, was DQ'ed off the table because  when the judge was checking the "parts", he found that JADA is actually a BOY.  Jacob SWORE he had double checked everyone before we left. HAHA So Danny added an "N" to the end of "JADA'S" tattoo. Later,  HE was entered in the specialty as JADAN, a little JR BUCK. Jacob caught heck for that ALL weekend. 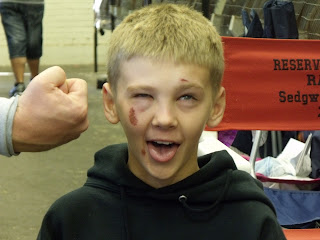 This guy...well, this guy had a pretty rough weekend. This is what happens when you are playing ball tag in the dark with your rabbit friends, and run into a unseen cement wall.  He was affectionately referred to as "WALL-E" for the rest of the weekend. 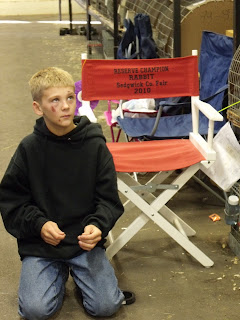 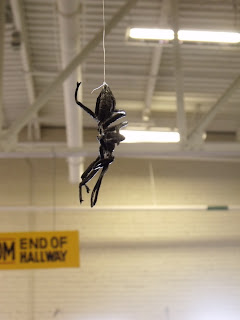 He's SCARING people...aka...girls..as they walk by and this ugly nasty fake spider comes hurling down on them from the rafters.
We look forward to this convention every year. It was a great weekend with great people.
Just what we needed!! 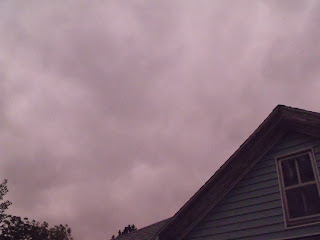 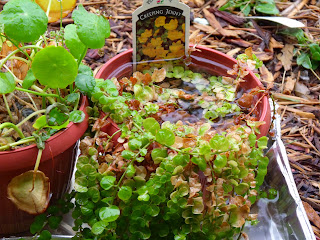 Our Saturday morning football game got canceled. We found out pretty early, but too late to get everyone back into bed. After the initial disappointment, I think everyone loved laying around and enjoyed a lazy day..that turned into a lazy weekend.
We enjoyed lots of homemade, soul soothing food...grandma cookies, homemade breads, roasts. I was a bit urked when I got on the scale this morning though. Oh well.

I know we got over 2 inches here at the house. Really hope everyone else got that much. This morning found us with a one hour delay for school because of fog.

The boys are getting close to wrapping up their football seasons.  Both boys' teams are undefeated with each having 2 games left. 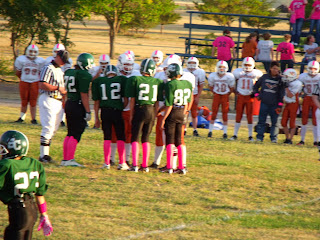 October is breast cancer awareness month. How cool is it that these Jr High boys are wearing PINK socks?  REAL men wear PINK!

I'm can NOT believe I forgot to mention this, but we are enjoying THESE guys: 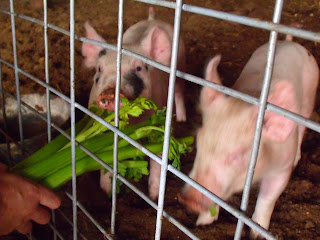 My husband has wanted pigs for a long long time. He finally just made it happen. I have never really been around pigs but here is what I have learned so far. 1. They have a flee instinct like you would not believe. 2. They stink. 3. They are absolutely adorable and I could probably pull up a chair and watch them for hours. 4. They smile when they eat.

I also can't believe I didn't write about THIS. I am seriously slacking on my blogging. Anyway, look what my dad and sister killed this past weekend on the sidewalk at the farm. 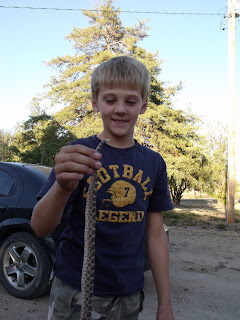 My very tough and brave little sister killed it, while my dad held it down.(yea..I know...many of my gray hairs are actually caused from my DAD!)  It was the first rattlesnake Tristen had ever seen. He was a bit in awe of it. And we are ALL paying a bit more attention out there.


This weekend will find us heading to the KSRBA Convention. With every thing going on, it will be wonderful to just get away and just be, and be around people who we can sit around and talk "bun" with. =)

Hope everyone else is getting beautiful fall weather like we are! 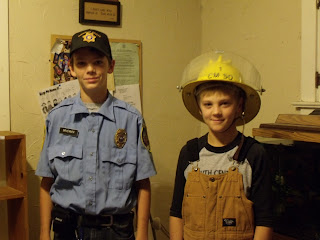 This week is Spirit Week here at our school and today was career day. My boys are thankful they have a grandpa who doesn't like to throw things away. ;)  Jake decked out as a cop, which didn't surprise any of us, really, since he's wanted to be a cop since he  started talking and had the ability to tell us that's what he was going to be when he grows up. Everything but the name tag, which was Danny's from the Navy days, had been handed down from Gramps through the years. All he had to do was borrow the hat.
Tristen is a firefighter.  He threw on a pair of coveralls and borrowed the helmet from Jacob, which had been given to him from Grandpa many years ago.
Tristen loves firefighters, fire trucks and all that jazz. In fact, a couple of weeks ago, Danny and I were rolling at one of his pee-wee football games when he actually stopped during the football game to watch some firetrucks go buy.  I'm sure his coach didn't find it humorous at all, but we sure did. It was so Tristen.
So..what were YOU going to be when YOU grew up?