Holy cow!! Has it really been over a year since I've blogged anything?? WOW!! Thought I'd bounce in here and give you all a very over due update on our family!! 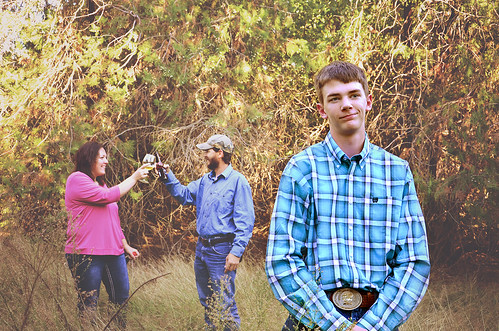 Jacob:
Jacob graduated last spring, and has officially finished his first year of college towards a criminal justice degree! His mother did well through this process. She hardly cried when she dropped him off at college, but cried every time he pulled out of the driveway when he was home for visits.  He is currently back home, has moved in with a buddy of his, and is working for a rancher this summer.
He was one of thirty accepted out of 200 applicants to the Kansas Collegiate Law Enforcement Academy, but a few days before he got sick and was unable to go.
He is a volunteer firemen for our community, and stressed his mom COMPLETELY out in March. He decided to come home from school one weekend because there was a high fire risk, and he ending up helping fight the Starbuck Fire. I laid on my couch and listened the scanner off and on all night long that first night. 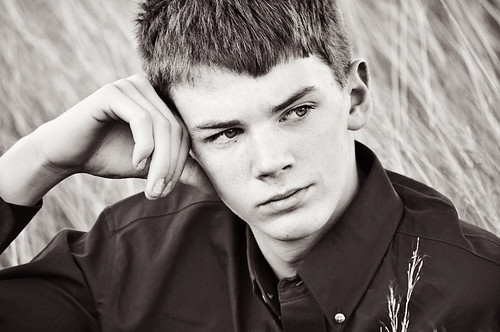 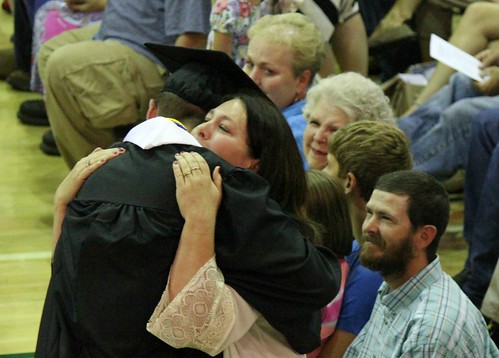 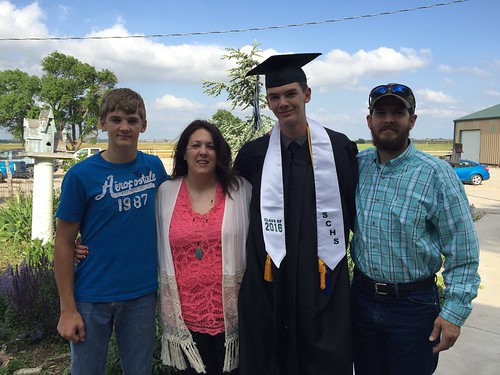 *He reminds me of my Dad, which breaks my heart at times, and fills it with joy, all at the same time.

Tristen: Officially a SENIOR and his mother CAN NOT believe it!!!  He is working as a life guard this summer, as well as working in the same wood shop his Dad works in.  He keeps busy, and has quite the social life and love for his cell phone. He is still active in 4-H, though his projects have scaled back tremendously as he has grown. He got to go with his team to state golf, which was quite the experience. He played very well that day!  He's enjoying the life as the only kid left in the house. Still can't decide WHAT in the WORLD he wants to do when he graduates, and some days I think he stresses over this way too much. He doesn't listen to his parents when we tell him that it's ok to not know yet.  Tristen is the more patient of my two boys, and enjoys being around little kids more than his brother.  We had an incident in November, that I think needs forever memorialized in this blog. I received a call from the school, that Tristen had done a BACK.FLIP.OFF.THE.STAGE and had LANDED.ON.HIS.FACE. After a trip to the ER...because I was SURE his NECK was BROKE...he was cleared of injury. Except the shiner that would soon develop!! Almost 8 months later he STILL has a bump under his eyebrow! 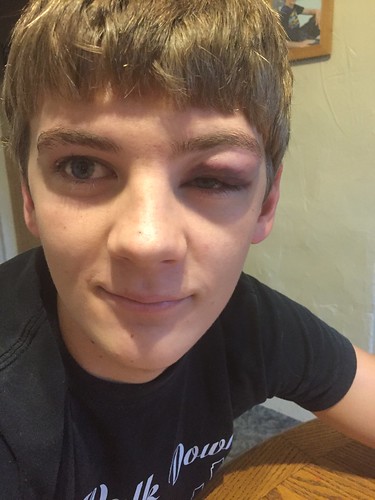 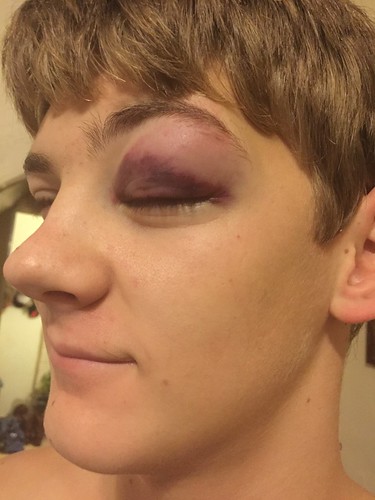 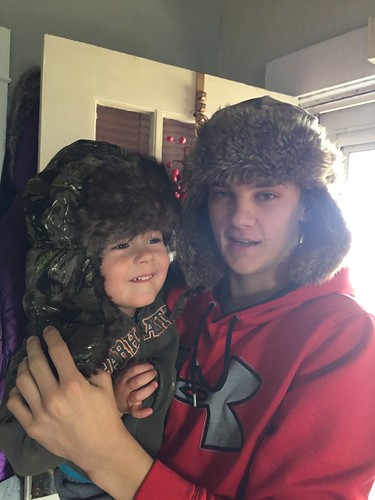 *He turns my hair grey, makes me laugh a 100 times a day, and his wit and humor amaze me.


Danny: Fills his days daydreaming of the empty nest that seems so close now! ;)  We have plans to go to the beach very soon, and he's got some really big plans of doing absolutely nothing except a little fishing!  He keeps busy with the endless honey-do's, fair board president, fence building, pig raising, cattle raising,  baseball watching, (GO ROYALS!)  and boy raising, in addition to his full time job at the wood shop here in town. 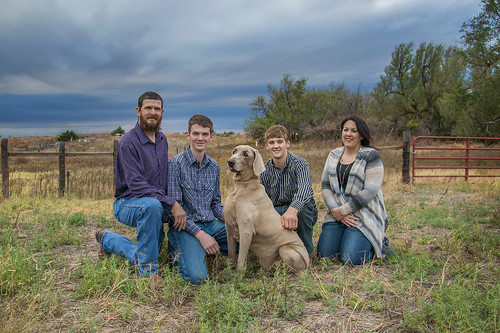 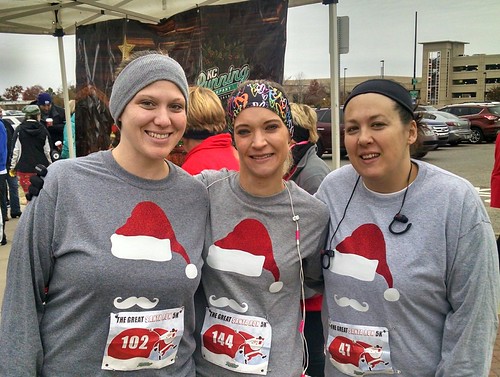 Becky: And me... This past year was full of a lot of personal changes. I can't tell you what happened, but for a long time I felt stuck. Like my brain was dying. Or a better way to describe it I guess is I just felt lost. My kids are almost grown..I have no idea how to be this person in the stage of life.
So one day I decided it was time to step it up, and I decided to take on getting my CDA in family child care. This required me have 480 hours of professional work experience, have 120 hours of formal early childhood education training, pass a written test, prepare a CDA portfolio, and pass a verification visit with an observer. It took me right at a year to complete everything. I was officially awarded my CDA on August 2nd!
I also finished my 2nd half marathon in May. I took 15 minutes off my last half, walked outside of the runner's world set up at the run, and barfed all over my new Saucony's. But it was totally worth it! HA! (And then I was the girl who had to walk THROUGH the HYATT, to get to our room... with BARF on my shoes.)  I'm signed up to do another in October, and I'm hoping to take a little more time off. I'm still slower than snails, but I finish! I also hit a PR for my 5K time in December.  The things I do for fun these day were not even on my radar 4 years ago. I try to remember that when I start to feel bad about slow weight loss journey! 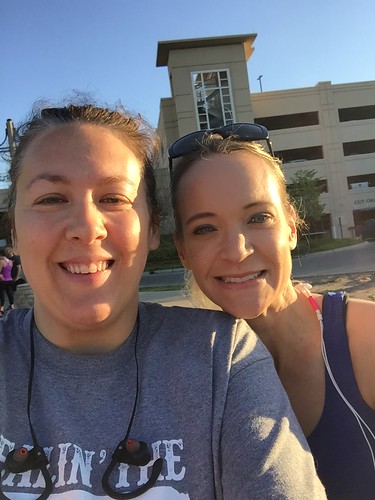 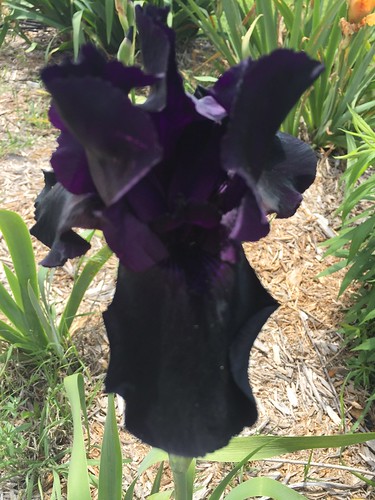 I've enjoyed the Iris show in my yard this year. This beauty above came from a sweet older man at the farmers market in Dodge. He tossed it in with the rest of my purchase, and told me it was GUARANTEED to make me smile. He was right! 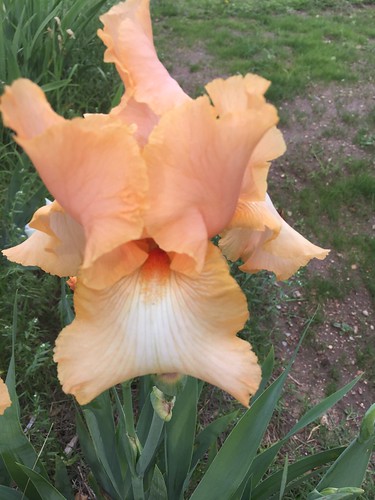 The garden is in, and everything has enjoyed the spring rains we've been receiving! Along with my normal vegetables I plant, this year I added several rows of different kinds of flower seeds in hopes of attracting even more pollinators.

Thanks for checking in on me, and if your still reading this tired old blog, BLESS YOU! Maybe I'll start blogging a little more. Or maybe I won't. ;) But I promise it won't be a year before I update again. I have blog shame!