My oldest, Jacob, is a bit of a wildlife nut. He loves learning about  animals, and recently purchased a wildlife camera to see what he could catch on it. Since he loves the outdoors and taking pictures, this is the best of both worlds for him!
A few days ago, he lost one of his Havana rabbits (natural causes) and decided that this would be a perfect time to "bait" his wildlife camera to see what would come around. 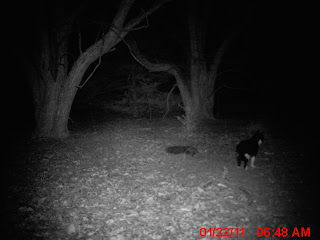 This is Black Beard. The resident farm cat. =) 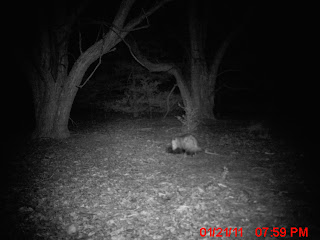 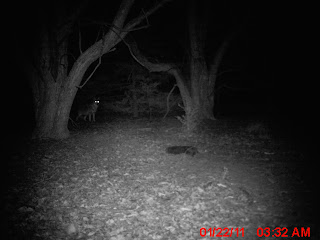 Mr. Coyote. Doesn't that just give you goosebumps? 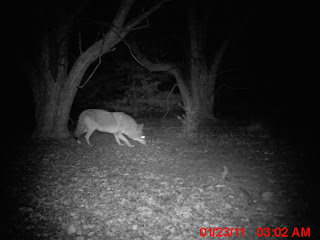 Coming in trying to find the bait, but it's already been snagged.. He/She must be eating well...it looks pretty plump.
And the most exciting: 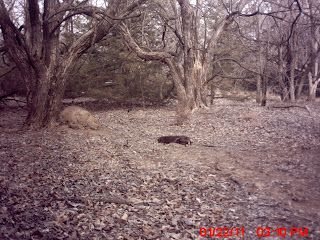 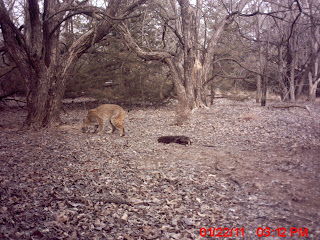 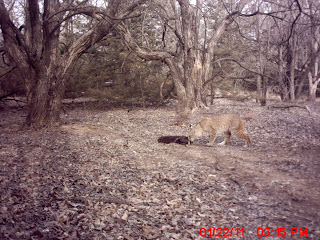 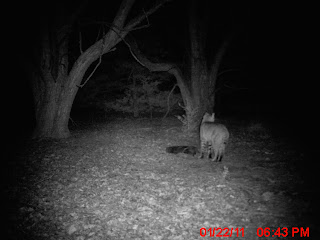 WOW!! How's that for some nice shots of an animal you don't see everyday??
And perhaps the most disturbing creatures that were caught on camera: 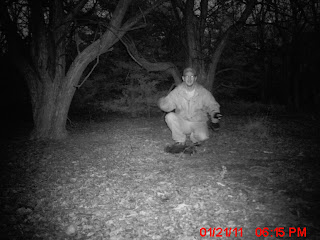 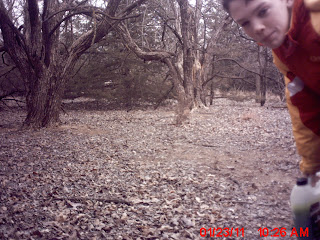 Pretty scary stuff! ;-)
I'm loving that J is taking such an interest in world around him!  And I won't be going out into the woods at the farm for a long, long, LONG time!!

How cool is that??? Makes you a littel more aware of the "life" going on around you...

Wow, this was VERY interesting! Those coyote eyes glowing was eerie. Fascinating! I don't blame you for not wanting to go in those woods anymore. LOL

Oh MY GOSH!! All we caught on ours were some coons and a couple deer. AWESOME fun!! Glad you didn't find a mountain lion!